To share your memory on the wall of Andre VanHove, sign in using one of the following options:

In keeping with Andy’s wishes, a private family gathering, and Funeral Liturgical Service will be held in the Maurice J. Verhoeve Funeral Homes- Burial and Cremation Services Chapel, 262 Broadway Street, Tillsonburg by Rev. Fr. John Pirt, of St. Mary’s R.C. Church, Tillsonburg. Interment will take place in the Sacred Heart R.C. Cemetery, Langton. Memorial Donations to the “Camp Trillium- Rainbow Lake” or to the charity of your choice would be appreciated by the family and can be made through the Maurice J. Verhoeve Funeral Homes, Tillsonburg, entrusted with funeral arrangements. Condolences and favourite memories can be shared at www.verhoevefunerahomes.com
Read Less

Receive notifications about information and event scheduling for Andre

We encourage you to share your most beloved memories of Andre here, so that the family and other loved ones can always see it. You can upload cherished photographs, or share your favorite stories, and can even comment on those shared by others.

Posted Sep 07, 2019 at 06:36pm
Andy was one of the nicest, kindest man I have known. Heartfelt sympathy and love to Frank and Shirley and their children.
Friend, Diane M
Comment Share
Share via:
M

Posted Sep 05, 2019 at 06:02pm
Our sympathy to Frank and Shirley and children and grandchildren on the loss of Andy. He will be missed
By the whole family. 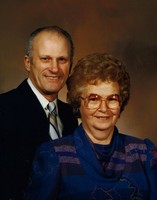