To share your memory on the wall of Arabella Jakob, sign in using one of the following options:

Family members viewed their mother, said their goodbyes and spent some time with her prior to cremation. Everyone is welcome to attend a time of visitation on Tuesday evening, November 19th, 2019 from 6:00 to 8:00 pm in the MAURICE J. VERHOEVE FUNERAL HOMES – BURIAL AND CREMATION SERVICES INC. Chapel, 262 Broadway Street, Tillsonburg (519) 842-4238. Further visitation Wednesday, November 20th, 2019 from 10:00 to 11:00 am. Funeral Service to Remember and Celebrate Arabella’s Life will take place on Wednesday at 11:00 am in the funeral home chapel, Tillsonburg by Pastor Brent Shepherd of the Bethel Temple, Tillsonburg. Inurnment follows in the Tillsonburg Cemetery. In lieu of flowers, the family would appreciate donations to the “Heart & Stroke Foundation” or the “Arthritis Society” or the “Samaritan’s Purse Canada” charity in memory of Arabella.
Read Less

Receive notifications about information and event scheduling for Arabella

We encourage you to share your most beloved memories of Arabella here, so that the family and other loved ones can always see it. You can upload cherished photographs, or share your favorite stories, and can even comment on those shared by others. 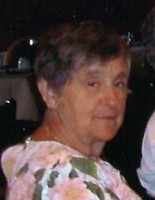