To share your memory on the wall of D. \"Les\" Anderson, sign in using one of the following options:

Provide comfort for the family by sending flowers or planting a tree in memory of D. "Les" Anderson

Provide comfort for the family by sending flowers or planting a tree in memory of D. "Les" Anderson

In keeping with Les’ expressed wishes cremation has taken place. Graveside Service is planned for a later date in the Nelson family plot at Delmer Cemetery by Associate Minister Rev. Pat Cook of the St. Paul’s United Church, Tillsonburg. Friends and relatives are invited to offer their support and caring by posting photos, tributes, favourite memories, and hugs from home on Les’ tribute page at www.verhoevefuneralhomes.com. In lieu of flowers memorial donations in Les’ memory to the “Tillsonburg District Memorial Hospital Foundation” or to the “Heart and Stroke Foundation of Ontario” can be made on our website at www.verhoevefuneralhomes.com or by cheque at the MAURICE J. VERHOEVE FUNERAL HOMES – BURIAL AND CREMATION SERVICES INC., 262 Broadway Street, Tillsonburg (519-842-4238) entrusted with all funeral arrangements, with confidence.
Read Less

Donations are being accepted for:
TILLSONBURG DISTRICT MEMORIAL HOSPITAL FOUNDATION HEART AND STROKE FOUNDATION OF ONTARIO

We encourage you to share your most beloved memories of D. "Les" Anderson here, so that the family and other loved ones can always see it. You can upload cherished photographs, or share your favorite stories, and can even comment on those shared by others.

Posted Aug 31, 2020 at 11:13am
We are so sorry to hear about Uncle Les. Our thoughts & prayers go out to you Aunt Mamie, Debbie & Mary. He was a very thoughtful & loving uncle. He was the best uncle.
Comment Share
Share via:
KA

Posted Aug 25, 2020 at 03:47pm
So sorry Aunt Mammie for the loss of Uncle Les. He will be missed deeply and I will never forget his smile and hugs and kisses whenever I seen him. He was the best Uncle a niece could ever want. He was one in a million. May he RIP forever. I LOVE YOU Uncle Les .

Posted Aug 25, 2020 at 09:40am
So sorry to hear of Les's passing. We will keep you and your family's in our thoughts and prayers.
Diane and Wayne Burgess
Comment Share
Share via:
RP

Posted Aug 24, 2020 at 10:33pm
Dear Marilyn & family: I'm very sorry about Les's passing. My thoughts and prayers go out to you and the family, Robyn Palmer

Posted Aug 24, 2020 at 08:49pm
Marilyn , I am very sorry to hear of the passing of Les. My strongest memories are of the time you folks lived at our farm in the extra house. I hope you have many good memories to console you through this difficult time and onwards.
Comment Share
Share via: 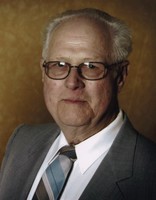