To share your memory on the wall of David Knight, sign in using one of the following options:

David is survived by his beloved partner Julie Roswell and her family. Predeceased by his first wife Lil (1985) and by his special daughter ‘Cathy’ Sookram (2013). David will be dearly missed by his grandsons Justin, Jadon and his son-in-law Roy Sookram. Survived by his twin sister Lynn Towns, brother Sheldon (Wilma) Knight, sister Ann McIntyre-Towns (Burton) and by a brother-in-law Don Lord. David is well beloved by his nieces, nephews and by many friends in Langton. Predeceased by siblings Gordon (1997), Gail (2012), Gary (2015), Donna Lord (2018) and by his nephew Ronald McIntyre (2019).

In keeping with David’s expressed wishes, cremation has taken place. There will be no visitation nor funeral service. Inurnment will take place later in the Knowles Cemetery, Carholme. Memorial donations to the “Canadian Cancer Society” would be appreciated by the family and can be made through the Maurice J. Verhoeve Funeral Homes- Burial and Cremation Services Inc., 40 Queen Street, Langton (519-842-4238), which has been entrusted with cremation arrangements.
Read Less

Posted Feb 21, 2020 at 08:09pm
David, you will be missed for sure. We were friends when you lived in Loring and Arnstein. We all grew up together. Take your journey to meet the Creator and Mom and Dad. Sadly missed from Sylvia Thompson-Butler and Roy Thompson.
Comment Share
Share via:

Posted Feb 21, 2020 at 04:35pm
I remember this family when I was just a wee girl in Arnstein. My deepest condolences to the family.
Comment Share
Share via:
KS

Posted Feb 21, 2020 at 09:33am
David will be missed by so many people. He touched everyone's heart he met. He was our dads dearest friend and spent so much time fishing and laughing. We all have great memories of him that we hold close to our hearts.
May all the happy memories bring you all peace and comfort as you travel down this new journey. Know that he loved with all his heart.
Love, the entire Janke family
Comment Share
Share via:
MR

Posted Feb 20, 2020 at 05:24pm
Dave was a kind hearted man, And always had a smile and welcome to everyone. We never imagined that Dave would be called home so soon. He fought the battles as long as he could. Russ and l will miss Dave’s fish dinners and his quirky laugh and just bringing so much to Our Lives. Dave played a major role in Our Family and will always be missed and remembered. God Speed Our Dear Friend. Dave CAN NOW BE WITH HIS BELOVED DAUGHTER Cathy.
Comment Share
Share via: 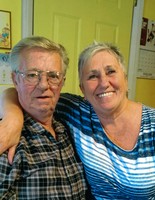 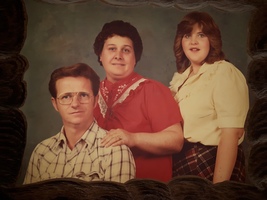 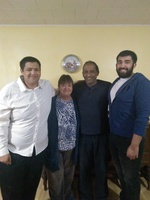