To share your memory on the wall of Dorothy James, sign in using one of the following options:

A public memorial service to Celebrate Dorothy’s Life is being planned at a later date and will take place at the North Broadway Baptist Church in Tillsonburg. Details will be announced in the future. Arrangements have been entrusted, with confidence to the Maurice J. Verhoeve Funeral Homes- Burial and Cremation Services Inc. Chapel, 262 Broadway Street, Tillsonburg. On Dorothy’s tribute page (at www.verhoevefuneralhomes.com), relatives, former neighbours and friends are invited to share their favourite photos, memories, express condolences or make memorial donations in honour of Dorothy to the “North Broadway Baptist Church,” or the “Helping Hand Food Bank,” or the “London Health Sciences Foundation” or to any charity of your choice, through the Maurice J. Verhoeve Funeral Homes (519-842-4238).

“Although you cannot hear her voice or see her smile no more, your mother walks beside you still just as she did before. She listens to your stories and she wipes away your tears; she wraps her arms around you and she understand your fears.

It’s just she isn’t visible to see with human eye, but talk to her in silence and her spirit will reply. You’ll feel the love she has for you – you’ll hear her in your heart; she’s left her human body but your souls will never part.”
Read Less

Receive notifications about information and event scheduling for Dorothy

Print
A public memorial service to Celebrate Dorothy's Life is being planned at a later date and will take place at the North Broadway Baptist Church in Tillsonburg. Details will be announced in the future.

We encourage you to share your most beloved memories of Dorothy here, so that the family and other loved ones can always see it. You can upload cherished photographs, or share your favorite stories, and can even comment on those shared by others.

Posted May 02, 2020 at 09:22am
I knew Dorothy when I lived in Hickory Hills, Tillsonburg. She was always smiling. I played for her many times when we sang together with the HH music group. Dorothy was always a pleasure to be with.
Comment Share
Share via:
DB

Posted Apr 20, 2020 at 09:33am
Mike, Marci, and family, Our thoughts are with you at this difficult time.
Dennis and Marlene Brownlee
Comment Share
Share via:
JA

Posted Apr 18, 2020 at 03:41pm
So sorry for your loss. I worked along side Dorothy at ST. Marys Memorial Hospital and I can say she was a pleasure to work with. Jean Lynne Arthur
Comment Share
Share via:
SB

Posted Apr 17, 2020 at 10:46pm
Marci & Mike : Leonard & I are so very sorry to hear of your mom’s passing. She was such a sweet friend & beyond wonderful to our family. We all have many warm memories of her. Love & hugs to you in this sad time. Sherry & Leonard Butters
Comment Share
Share via:
BT

Posted Apr 17, 2020 at 11:54am
So very sorry to hear of Dorthys passing..I had the privilege of working along side Dorthy at St Marys hospital and she was one of the kindest,caring and dedicated nurses ever.My condolences to all the family.Becky Turner
Comment Share
Share via: 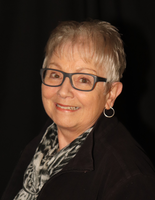 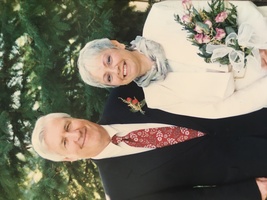