To share your memory on the wall of James Duffus, sign in using one of the following options:

In keeping with James’ expressed wishes, cremation has taken place. Friends and relatives are invited to offer support and caring by sending flowers, posting photos, notes of tribute, favourite memories and hugs from home on James’ tribute page at www.verhoevefuneralhomes.com. A Celebration of James’ Life and Legacy will be held on Saturday, October 17th, 2020 from 12:00 noon to 3:00 pm at Sammy Krenshaw’s, 51 Broadway, Tillsonburg. Guests must bring and wear face masks and maintain social distancing rules. Guests are asked not to attend if they are ill, if they have been around someone else who is ill or have travelled. Later inurnment will take place in Waterdown, Ontario. Memorial donations to “The Kidney Foundation of Canada- Ontario Branch” would be gratefully acknowledged by the Duffus family and can be made at www.verhoevefuneralhomes.com or through the MAURICE J. VERHOEVE FUNERAL HOMES – BURIAL AND CREMATION SERVICES Inc., Tillsonburg (519-842-4238), entrusted with all the arrangements, with confidence.

“Thank you to the Care Partners Team for their excellent care and compassion for James. Special thanks to Johanna and Virginia.”
Read Less

Receive notifications about information and event scheduling for James

Donations are being accepted for: THE KIDNEY FOUNDATION OF CANADA / LA FONDATION CANADIENNE DU REIN.

We encourage you to share your most beloved memories of James here, so that the family and other loved ones can always see it. You can upload cherished photographs, or share your favorite stories, and can even comment on those shared by others.

Posted Oct 09, 2020 at 04:22pm
Shirley
I will certainly remember for a long time the evening that you and Jim graced us with your presence. He was certainly a wise, witty and clever person, and he will be missed.
Our sincere condolences to you and your family.
Laurie and Jed
Comment Share
Share via:
DS

Posted Oct 09, 2020 at 09:56am
Thankyou Jim for your loving pool playing games at Legion you were a great player it was a honour to have gotten to know you and watch you play never forget your smiles Deepest Sadnees you are now resting in Paradise Our Thoughts and Prayers are with the Family and Friends during this Time
Comment Share
Share via:
DM

Posted Oct 08, 2020 at 07:59pm
Shirley
Jim will be remembered by me for his talent at the bridge table. He played a great game, and also supported the club as a director.
Sincere condolences to you and your family at this sad time.

Posted Oct 08, 2020 at 04:46pm
Shirley and family, My sincere condolences in the loss of a great man, He will be missed by many
Comment Share
Share via:
KP 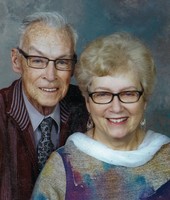 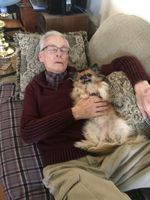 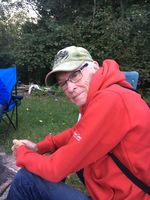