To share your memory on the wall of Jean Waechter, sign in using one of the following options:

In the wake of the Covid-19 pandemic, a private family viewing and visitation has taken place in the MAURICE J. VERHOEVE FUNERAL HOMES – BURIAL AND CREMATION SERVICES INC. Chapel, 262 Broadway Street, Tillsonburg. A Private Family Graveside Service by Rev. Father John Pirt, of St. Mary’s Church followed in the Waechter family plot of the Tillsonburg Cemetery.

On Jean’s tribute page (at www.verhoevefuneralhomes.com), relatives and friends are invited to share their favourite photos, memories, express condolences, send flowers or make memorial donation in honour of Jean to the “Kidney Foundation of Canada” or to the “Canadian Diabetes Association” through the Maurice J. Verhoeve Funeral Homes (519-842-4238), which has been entrusted with all funeral arrangements. Funeral Mass will be held at a later date with details to be announced in the future.

“The family would like to express their sincere gratitude to the doctors, nurses and staff at Cedarview Retirement Home, Woodstock, Harvest Crossing Retirement Community, Tillsonburg, Terrace Lodge, Aylmer and the St. Thomas Elgin General Hospital, for their remarkable kindness and attentive care of mom.”
Read Less

Receive notifications about information and event scheduling for Jean

Print
Funeral Mass will be held at a later date.

We encourage you to share your most beloved memories of Jean here, so that the family and other loved ones can always see it. You can upload cherished photographs, or share your favorite stories, and can even comment on those shared by others.

Posted Apr 15, 2020 at 01:33pm
Dear Debbie, Cheryl, Mike and families: We were saddened to hear of your mom's passing. Our thoughts and prayers are with you as you go through this difficult time. Our deepest condolences.
Sincerely, Ann & Walt Ellenberger

Posted Apr 15, 2020 at 11:10am
So very sorry to hear of Jean's passing. We are sending our condolences to Jean.'s family. Jean was a wonderful woman and very funny.Jean(Sam) worked for me at the Metropolitan Store .She was a wonderful woman..Well loved by everyone. She will be sadly missed..R.I.P. Jean(Sam).

Posted Apr 13, 2020 at 06:21pm
My sincere sympathy to all the family. I have had many fond memories with Jean over the years. Darlene Papaioannou
Comment Share
Share via: 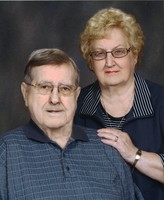 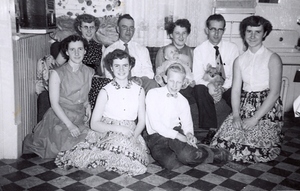 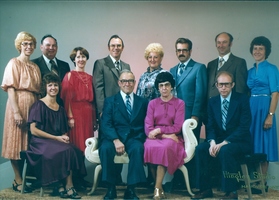