To share your memory on the wall of Kenneth Beselaere, sign in using one of the following options:

Ken had a strong work ethic. He left school at age 16, ventured away from the small town of Tilbury, Ontario, to the big city of Toronto, began his working life in the grocery business and never left it, working in sales in Windsor and London and eventually buying his own small grocery store in Courtland in 1967 which he and Carole operated for 25 years. He was happy to work 7 days a week, enjoying his customers, always wanting to give them good value and cherishing the friends he made along the way. Not at all interested in retiring he sold horse radish and later dog treats from his van until he was 75, only stopping when his health would no longer permit it. Ken had a passion for cars, Hudson’s in particular. They came and went in various states of repair but a 49 Hudson Brougham stayed for 30 years and was lovingly and proudly driven at his daughters and granddaughters weddings.

In keeping with Ken’s expressed wishes, cremation has taken place. An Open House-Celebration of Ken’s life will take place on January 5th, 2020 from 1 -4 p.m. at the Courtland Community Center.

Receive notifications about information and event scheduling for Kenneth

We encourage you to share your most beloved memories of Kenneth here, so that the family and other loved ones can always see it. You can upload cherished photographs, or share your favorite stories, and can even comment on those shared by others.

I just learned of Ken's passing and I'm so sorry for your loss. Please accept my sincere sympathy and I pray that comfort and strength be given during these difficult days and God bless you with comfort and deep inner peace.
Margaret Vanderzweerde
Comment Share
Share via:
RK

Posted Dec 04, 2019 at 11:32pm
What a wonderful, personable friend Ken Beselaere was to our family while growing up in Courtland. No matter what we might request, it would never be an inconvenience to him or Carol. With their arrival in Courtland, we could do most all of our shopping right in their store rather than trying to find time for Dad + Mom to get to Tillsonburg. They kept their prices competitive and they were honest - what more can anyone ask for!! Rest in peace Ken and someday, hopefully, we might be lucky enough to meet again! Ruth-Anne (Horton) Kavanagh on behalf of the Ernest + May Horton family
Comment Share
Share via:
LZ

I am very sorry for your loss. My thoughts and prayers go to you and yours at this most difficult time.

May God be with you all.

Posted Dec 04, 2019 at 12:13pm
Carole and Family, please accept our condolences. There certainly are many great memories that you and Ken shared with our parents. God bless you in the days ahead.

Posted Dec 04, 2019 at 10:02am
Dear Carole & Family,
We wish to express our deepest sympathy with your loss of dear Ken. His love of old cars, especially Hudsons is just part of what made him so special. He was always good to talk with and easy to share his ideas and view points. He will be remembered for his good spirit even with the adversities he face in the latter years.
Phil & Sue Harrison
Comment Share
Share via: 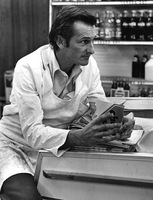 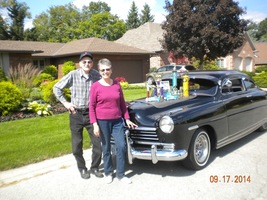 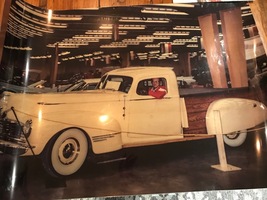