To share your memory on the wall of Robert Coppens, sign in using one of the following options:

In the wake of the COVID-19 pandemic, a private family viewing will take place in the Maurice J. Verhoeve Funeral Homes- Burial and Cremation Services Inc. Chapel, 40 Queen Street, Langton. Cremation follows with a private graveside service later in the Sacred Heart Cemetery, Langton. On Robert’s tribute page (at www.verhoevefuneralhomes.com), relatives, former neighbours and friends are invited to share their favourite photos, memories, express condolences or make memorial donations in honour of Robert to the “Canadian Cancer Society” through the Maurice J. Verhoeve Funeral Homes (519-842-4238), entrusted with all arrangements. A Celebration of Life will be held by the family at a later date with details to be announced in the future.
Read Less

Receive notifications about information and event scheduling for Robert

We encourage you to share your most beloved memories of Robert here, so that the family and other loved ones can always see it. You can upload cherished photographs, or share your favorite stories, and can even comment on those shared by others.

Posted May 12, 2020 at 09:33pm
I am so sorry to hear about Bob's passing. I've had the pleasure of knowing Bob & Georgette while they lived on Bobolink beside my Mom & Dad. They were always so friendly and my Mom & Dad cherished their friendship. Even when Dad passed away, Bob was such a good friend to my Mom. I will always be greatful for their kindness towards my Mom. May you rest in peace Bob, you will be missed and always remembered.
Comment Share
Share via:
GC

Posted May 03, 2020 at 01:42pm
Dear Georgette and Family:
Gerry and I wish to express our sincere condolences for your great loss. He will be missed by many.
Gerry & Rosie Coppens
Comment Share
Share via:
SH

Posted Apr 21, 2020 at 08:03pm
Bobby, Roxanne, Jeff, Alex and Zach,
Sending love and thoughts your way. I will miss your dad. He was always kind to me and had a great “uncle” sense of humour. I will treasure
our last visit with him. We had a great laugh when we finally arrived (as he had to wait for us for an hour and did so in the lobby. 😄). He was definitely good with the computer. Thank goodness for that, as he guided us to the home through texts. We would probably never have found it without his guidance. One of my favourite memories was when I helped Uncle Bob and Aunt Georgette replant their tobacco crop froze in 1970. We worked day and night to get the crop in and through all our exhaustion we still managed to have many laughs. As we get older we realize how precious and wonderful our life truly is. Thanks to wonderful people, like you, Uncle Bob for helping to shape it.
Sharon and family ❤️❤️
Comment Share
Share via:
PD

Posted Apr 18, 2020 at 07:01pm
For all of Bob's family, our deepest sympathy on your loss. Ron enjoyed the mornings with Bob and the coffee gang, sharing Langton stories at Tim's, remembering days gone by. Later, always happy with short visits over coffee and donuts at his home and then at Harvest, keeping in touch by texting in between. Great all around guy. Fondly remembered.
Ron and Pat D'Hulster
Comment Share
Share via:
KB

Posted Apr 18, 2020 at 11:12am
My deepest sympathy to Aunt Georgette, Bobby, Roxanne, Jeff, Alex and Zach.
Thinking of all of you
Karrie, Jeff, Riley and Sully
Comment Share
Share via: 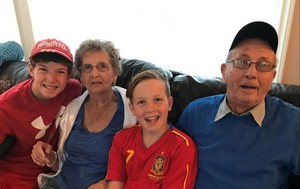 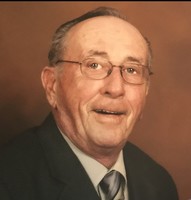 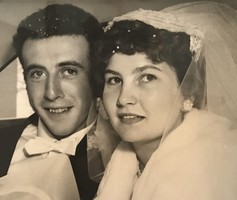 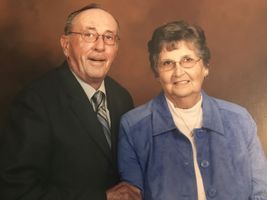