To share your memory on the wall of Sylvere Van Gulck, sign in using one of the following options:

Friends, neighbours and relatives will be received by Marie and the family on Tuesday evening from 6:00 pm to 9:00 pm in the MAURICE J. VERHOEVE FUNERAL HOMES – BURIAL AND CREMATION SERVICES INC. Chapel, 262 Broadway Street, Tillsonburg (519)842-4238. Parish Prayers are Tuesday evening at 5:45 pm. Funeral Mass of Christian Burial on Wednesday, September 18th, 2019 at 11:00 am at St. Mary’s Roman Catholic Church, 51 Venison St. W., Tillsonburg by Rev. Fr. John Pirt. Interment follows in the Tillsonburg Cemetery. Memorial donations are payable by cheque to the “Lion’s Club International Foundation” or to the “Tillsonburg District Memorial Hospital Foundation” or the “Canadian Cancer Society (Research)” through the Maurice J. Verhoeve Funeral Homes, Tillsonburg, which has been entrusted with all funeral arrangements.
Read Less

Receive notifications about information and event scheduling for Sylvere

We encourage you to share your most beloved memories of Sylvere here, so that the family and other loved ones can always see it. You can upload cherished photographs, or share your favorite stories, and can even comment on those shared by others.

Posted Sep 18, 2019 at 09:30am
The children of Ben and Mary Van De Maele send our deepest sympathy on the passing of Sylvere. Marie, Mom is unable to attend the service for Sylvere but sends her heart felt condolences. Marie, you and Sylvere were great neighbours of Our parents. Dad and Sylvere shared many back yard conversations. Your bakery was a favourite of our family and at special occasions when our family gathers, the grandchildren still talk about the delicious almond squares and other breads, pastries that Mom would buy from your bakery. God bless you Marie and your family at this sad time. Sincerely Ben & Mary’s children. (Jeanette, Lynda, Larry & Carol Ann)
Comment Share
Share via:

Posted Sep 18, 2019 at 12:05am
So sorry for you loss sending deepest condolences. I was just a little girl when we lived in straffordville but as I grew up I always came by the bakery for the best Mocha cake in the world. I have never ever found anything that compared. I have fond memories of coming in and wanting everything in the store but my dad would always say pick one thing. Every year I had mocha cake for my birthday only from your bakery. I will pray your family gets through this difficult time.

Posted Sep 17, 2019 at 09:10pm
We are sorry to hear of Mr. Van Gulck's passing - our heartfelt condolences to Mrs. Van Gulck, Terry-Ann and family. Our family has such warm memories of visits to your bakery. We knew that Mr. Van Gulck was in the back preparing all the delicious treats we would see on display. Van Gulck's Bakery has been the standard that no other bakery has compared to. We've reminisced often of going through that door, hearing that bell and being surrounded by that delicious aroma. Thank you Mr. Van Gulck for the blessing you were to our community.
The Zacharias family
Comment Share
Share via:
GP

Posted Sep 17, 2019 at 05:41am
With loving memories of uncle Sylvere. Our thoughts and prayers are with you in this difficult time. 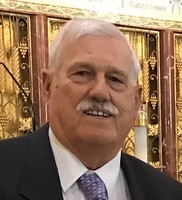