To share your memory on the wall of Thomas Vermont, sign in using one of the following options:

*PLEASE NOTE CHANGE OF FUNERAL LOCATION*
A Graveside Service will take place on Saturday, February 29th, 2020, at 3:00 p.m. at Vienna Community Centre, 26 Fulton St, Vienna, ON N0J 1Z0. Burial follows immediately in the St. Luke's Anglican Cemetery, 6596 Plank Rd, Vienna. Memorial donations in Thomas’ memory to the “Alzheimer Society – Oxford” would be gratefully acknowledged by the Vermont family and can be made through the Maurice J. Verhoeve Funeral Homes- Burial and Cremation Services Inc., 262 Broadway Street, Tillsonburg, which has been entrusted with all funeral arrangements.
Read Less

Receive notifications about information and event scheduling for Thomas

Donations are being accepted for: ALZHEIMER SOCIETY OF OXFORD.

We encourage you to share your most beloved memories of Thomas here, so that the family and other loved ones can always see it. You can upload cherished photographs, or share your favorite stories, and can even comment on those shared by others. 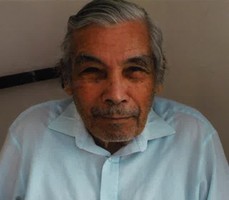