To share your memory on the wall of David Mulholland, sign in using one of the following options:

The gesture that can change the world

The gesture that can change the world

In Tillsonburg, Ontario after a lengthy and challenging battle with cancer, The Lord called Dave home on Monday, July 29, 2019 at the age of 75.

In Tillsonburg, Ontario after a lengthy and challenging battle with cancer, The Lord called Dave home on Monday, July 29, 2019 at the age of 75.

Much-loved husband and best friend of 49 years of Betty-Ann (Bennett) Mulholland, nicknamed “Bam” by Dave. Beloved brother of Jim McGuigan (June), Sheila McDougall (Dan) and Dick Mulholland (Connie). Loving father to Jo-Ann Longworth and Linda Leahy (Michael). Wonderful grandfather known as Ruggy, to Samantha, Kyle, Michael and Liam. Dave will be fondly remembered by seven nieces and nephews as well as many, many friends too numerous to count.

David Harry James Mulholland was born in Winnipeg, Manitoba on April 23, 1944 to the late James and Gertrude (McGrath) Mulholland. At 20 years old he began working for Air Canada where he spent his entire career working in Flight Operations/Dispatch in Montreal (1967 - 1979) and Toronto (1979 - 2001).

He lived and loved life to the fullest. Dave was filled with the spirit of life, kindness and loyalty; he never met a stranger. To know him was to love him. His passion was playing golf at home and during his winters in Florida. Dave was a member of Summerlea Golf and Country Club in Montreal, Quebec and The Club at North Halton in Ontario, and more recently frequented Otter Creek Golf Club in Otterville, Ontario. He often organized games for large groups of friends, usually followed by dinner at a local pub, where Dave, nicknamed “Ruggy”, entertained the group and many laughs were had. From a young age, Dave could also be found at the curling rink, playing in bonspiels throughout North America and Europe.

Dave was a member of the Knights of Columbus since 1964. In Florida, Dave could frequently be found serving lunch to the homeless at the Soup Kitchen in Pompano Beach.

Memories of Dave would not be complete without a funny story:

“Old Seamus is sitting in an Irish pub on Christmas eve having a whisky before going home to face the holiday festivities.The bartender leans over the bar and says, ‘Seamus, I’m closing up and going home to the family’. Seamus nods and says, ‘just one more for the road’. So the bartender fills up a mickey of his best whiskey, it being Christmas and all, and hands it to old Seamus wishing him all the best for the holiday season. Seamus makes his way out of the pub and walking down the path slips on a patch of ice and falls heavily to the ground. He felt a warm, sticky sensation down the back of his leg and mutters, ‘Jaesus, I hope that’s blood’.”

Visitation will be held Friday afternoon August 2, 2019 from 1:30 pm to 5:30 pm at the MAURICE J. VERHOEVE FUNERAL HOMES - BURIAL AND CREMATION SERVICES INC., 262 Broadway, Tillsonburg, Ontario (519-842-4238). Parish Prayers will take place on Friday at 5:00 pm in the funeral home chapel by Deacon Andre DeDecker and Knights of Columbus Prayers will follow at 5:15 pm. A Funeral Mass of Christian Burial will be held on Saturday, August 3, 2019 at 10:00 am at St. Mary’s Church, 51 Venison St. W, Tillsonburg, Ontario, followed by inurnment in the Tillsonburg Cemetery. A light lunch will be served after at Otter Creek Golf Club, 275 James St., Otterville, Ontario. Condolences, memories and photos can be shared at www.verhoevefuneralhomes.com.

In lieu of flowers, Dave would appreciate if you performed an unexpected and unsolicited act of kindness for someone less fortunate, or made a donation to your favourite charity.

Both Dave and Betty-Ann would like to acknowledge the amazing support and kindness of their friends in these last weeks and months.
Read Less

Posted Aug 27, 2019 at 10:51am
Dear Betty Ann and family,
My thoughts and prayers are with you all at this time may you find comfort in all the special memories.
Death leaves a heartache no one can heal
Love leaves a memory no one can steal
Love Janice
Comment Share
Share via:
JL

Posted Aug 17, 2019 at 07:40pm
Betty-Ann,
So, so sorry for your loss. Our thoughts and prayers are with you and your family. We have wondered many times how you and Dave were managing over this past year and we were hoping to see you at Tamarack again this summer. Today is day one at Tamarack and we were saddened to search and find the notice that Dave had recently died. We will treasure the memories of past years seeing you both at Clear Lake. We all love the game of golf but for me, the exciting part of the event was to meet you and Dave each year!!!
Renee and I wish you and your family all the best during these difficult times. Lean on your family and friends to help you get thru Dave’s passing.
With love and prayers,
Renee and John Lamarche 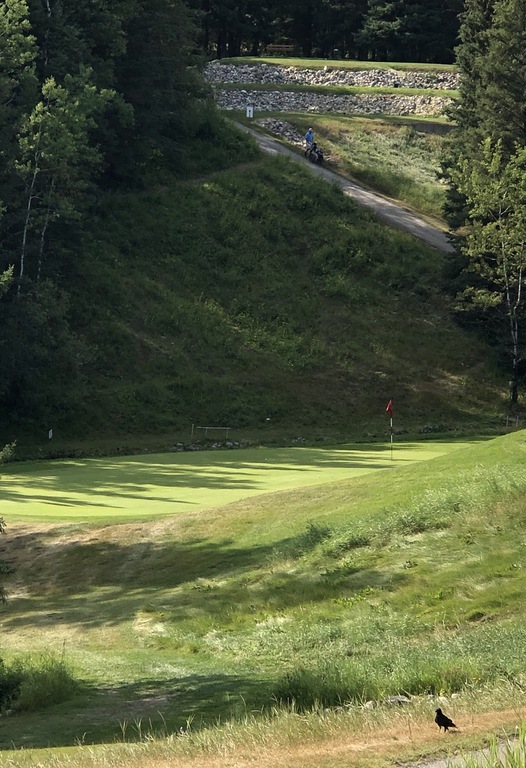 Posted Aug 02, 2019 at 02:02pm
When we met uncle Dave for the first time I knew then he was one of a kind his laugh his smile his kind demeanour and held true to his purpose in life to love care and above bring nothing but joy and happiness to each and every person he met,you are now at rest up in heaven picking up where you Ken and flo left off,not sure if God’s ready for you and Kenny together lol,Best of love from all of our family Mark and Brenda,mike,mark,Jaime
Comment Share
Share via:
RR

Posted Aug 01, 2019 at 05:41pm
To Betty-Ann, Jo-Ann, Linda and all of Dave's family, I send my deepest condolences. Any memories of Dave immediately recall all those trips to Barbados and so many other great get-togethers. Dave was one of the most fun-loving, kind and sincere people I've ever had the privilege of knowing. (Even when he called me 'My Son'!) How is it possible that so many years have gone by since you met? But that only adds to all the amazing memories you have stored in your collective memory banks. May they bring you great comfort during this difficult time and for many years to come.
Robin Roome, Calgary, AB
Comment Share
Share via:
JJ

Posted Aug 01, 2019 at 11:44am
My sincere condolences to Dave’s family on his passing. We crossed paths a few times in my forty-two years at Air Canada, notably, while I was in Aeronautical Services and he was in Flight Dispatch. I remember him as very friendly, had a great sense of humour and it was a pleasure to be in his company.
Comment Share
Share via: 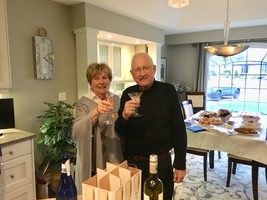 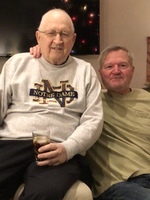 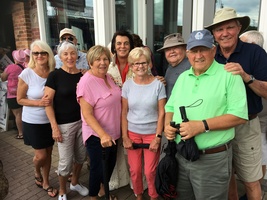