To share your memory on the wall of Gilbert Dorais, sign in using one of the following options:

In keeping with Gilbert’s wishes cremation has taken place. Funeral arrangements entrusted to the MAURICE J. VERHOEVE FUNERAL HOMES – BURIAL AND CREMATION SERVICES INC., 262 Broadway Street, Tillsonburg (519) 842-4238. Inurnment in Tillsonburg Cemetery Columbarium. In lieu of flowers, donations in memory of Gilbert can be made to the “Tillsonburg District Memorial Hospital Foundation” through the Maurice J. Verhoeve Funeral Homes, Tillsonburg.

Special thanks to the nurses and doctors on the 2nd floor Tillsonburg District Memorial Hospital for their excellent palliative care services and caring.
Read Less

Receive notifications about information and event scheduling for Gilbert

We encourage you to share your most beloved memories of Gilbert here, so that the family and other loved ones can always see it. You can upload cherished photographs, or share your favorite stories, and can even comment on those shared by others. 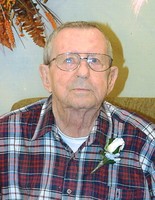