To share your memory on the wall of Katherine \"Katie\" Goepfrich, sign in using one of the following options:

Friends, neighbours and relatives will be received by Katherine’s daughter Marlene and her husband Richard on Tuesday, September 24, 2019 from 6 to 9 pm at the MAURICE J. VERHOEVE FUNERAL HOMES – BURIAL AND CREMATION SERVICES INC., 262 Broadway Street, Tillsonburg (519) 842-4238. Further visitation will be held Wednesday, September 25th from 10 to 11 am at the Peace Lutheran Church, Tillsonburg. Funeral Service to Celebrate the Life of Katherine Goepfrich to be conducted at the Peace Lutheran Church, 60 Young Street, Tillsonburg by Pastor Paul Schallhorn on Wednesday, September 25, 2019 at 11 am. Interment follows in the Tillsonburg Cemetery. A special thank you to the staff at Maple Manor for their thoughtful care over the past few months. Memorial Donations to the “Peace Lutheran Church”, the “Arthritis Society” or the “Canadian Diabetes Association” may be made by cheque through the Maurice J. Verhoeve Funeral Homes, Tillsonburg.
Read Less

Receive notifications about information and event scheduling for Katherine "Katie"

We encourage you to share your most beloved memories of Katherine "Katie" here, so that the family and other loved ones can always see it. You can upload cherished photographs, or share your favorite stories, and can even comment on those shared by others.

Flowers were purchased for the family of Katherine "Katie" Goepfrich. Send Flowers

Posted Sep 22, 2019 at 09:01pm
Granny, you were the strongest woman I have ever known, and I loved you dearly. Thank you for loving me, guiding me, and always being there for me. We all love you so much, and we will miss you always. You’re with Grandpa now, and Mama in Heaven. Rest In Peace beautiful Granny ❤️
Comment Share
Share via:
HS

Dreams from the Heart Bouquet was purchased for the family of Katherine "Katie" Goepfrich. Send Flowers 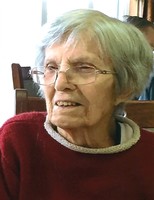 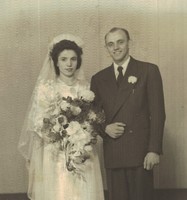 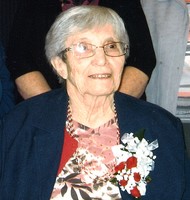