To share your memory on the wall of William Marshall, sign in using one of the following options:

“Thank you to Delhi Nursing Home and staff for their amazing care and compassion during this difficult time. You’ve gone above and beyond for our family, many thanks. Thank you to family and friends for your support.”

In keeping with Bill’s expressed wishes cremation has taken place. Due to COVID-19 safety restrictions, a private (invitation only) Graveside Service will take place on Sunday, July 26th in the Springford Cemetery, by Rev. Lola Mather-Dyer, of Springford Baptist Church. In lieu of flowers, memorial donations to the “Make-A-Wish Foundation” or to the “Sunshine Foundation” can be made through the verhoevefuneralhomes.com website or by cheque through the MAURICE J. VERHOEVE FUNERAL HOMES – BURIAL AND CREMATION SERVICES INC., 262 Broadway Street, Tillsonburg (519-842-4238), entrusted with all the funeral arrangements. Friends and relatives are invited to offer their support and caring to Elsie and the family by leaving tributes, condolences, posting photos, and favourite memories, and hugs from home on William’s tribute page at www.verhoevefuneralhomes.com
Read Less

Receive notifications about information and event scheduling for William

We encourage you to share your most beloved memories of William here, so that the family and other loved ones can always see it. You can upload cherished photographs, or share your favorite stories, and can even comment on those shared by others.

Posted Jul 15, 2020 at 06:23pm
Bill was a class mate at Rolph Street Public school. I remember that he was artistically talented. He
was the star of our art class and kindly offered suggestions when asked. Bob Alexander.
Comment Share
Share via: 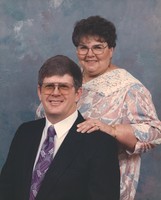